Every year Green Man Festival works with a different illustrator who creates a new brand world to appear across all promotional material and around the festival itself. We were asked to help bring this brand world to life on the homepage, by adding custom web animations and interactivity to these illustrations, where previously most animations had only been implemented as gifs on the website. 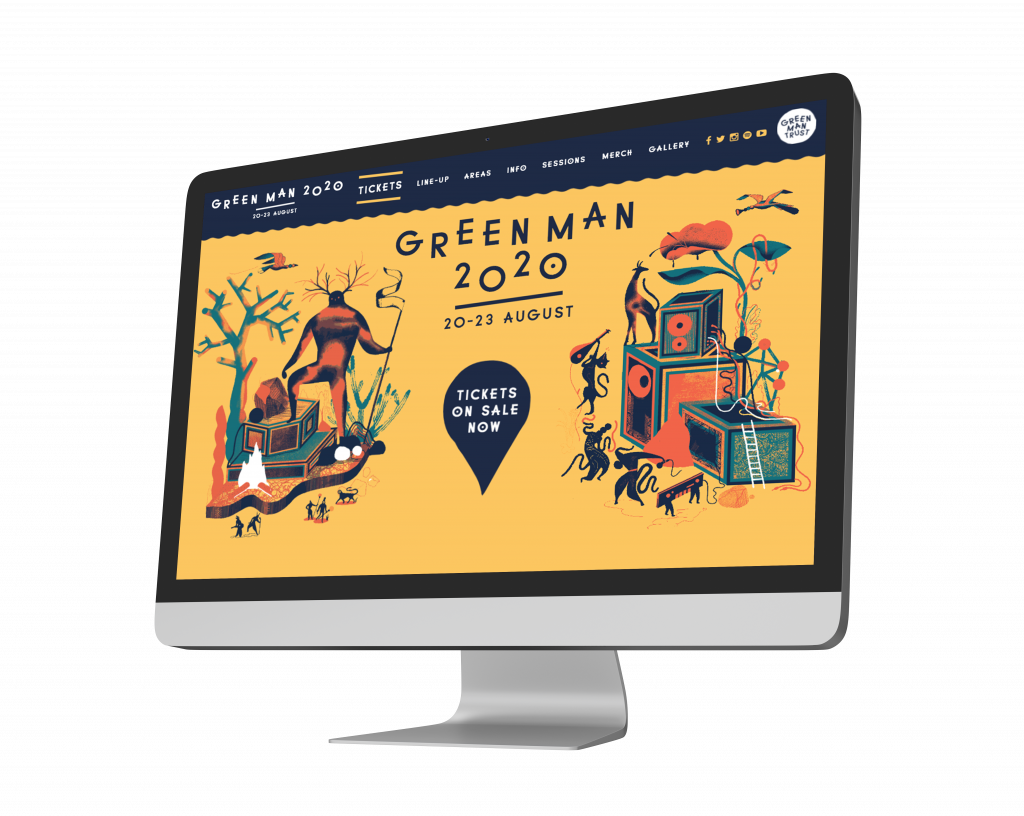 Animation on load and scroll

The introductory sequence had to be prominent enough to grab users' attention but quick enough so as not to slow them down in purchasing tickets or checking the line up.

We focussed on keeping the animations quick and having each individual element appear on scroll, drawing the user in. Whilst some of the illustrations are still animated gifs, they are also part of a wider sequence of animations, triggered by the user's position on the homepage. Many of the elements also have animated hover states - we used that interactivity to make them feel a bit more 'alive'.

The designs we received featured images of the artists in smooth bubble shapes, with the artists' names appearing one by one in the central bubble. We wanted to apply an effect to each image/bubble when its corresponding artist name appeared in the central bubble, to help indicate which picture was of which artist. We added some svg filters and animation so that the active bubble both bounced into a different shape and took on a slightly watery effect. Each bubble would animate in turn as the artist's name changed, unless interrupted by the user's cursor.

Take a look at another? 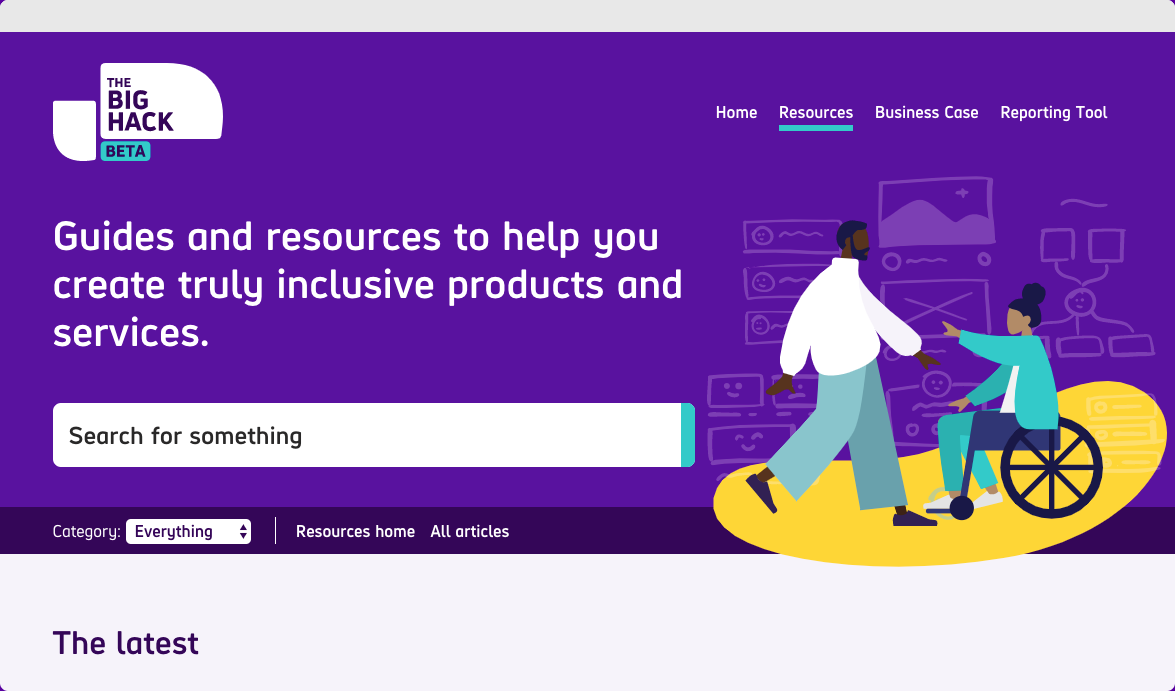 This one's good to look at too

The Big Hack by Scope